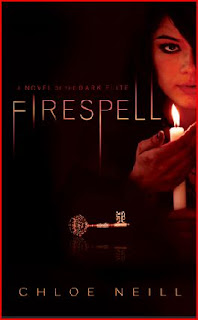 As the new girl at the elite St. Sophia’s boarding school, Lily Parker thinks her classmates are the most monstrous things she’ll have to face…

When Lily’s guardians decided to send her away to a fancy boarding school in Chicago, she was shocked. So was St. Sophia’s. Lily’s ultra-rich brat pack classmates think Lily should be the punchline to every joke, and on top of that, she’s hearing strange noises and seeing bizarre things in the shadows of the creepy building.

The only thing keeping her sane is her roommate, Scout, but even Scout’s a little weird—she keeps disappearing late at night and won’t tell Lily where she’s been. But when a prank leaves Lily trapped in the catacombs beneath the school, Lily finds Scout running from a real monster.

Scout’s a member of a splinter group of rebel teens with unique magical talents, who’ve sworn to protect the city against demons, vampires, and Reapers, magic users who’ve been corrupted by their power. And when Lily finds herself in the line of a firespell, Scout tells her the truth about her secret life, even though Lily has no powers of her own—at least none that she’s discovered yet…

This book sounds amazing and I love the cover. Plus it's the first book in a series and we all know how much I love a good series. Unfortunately, it's not out until January, which is forever away, but I have lots of books to keep me occupied until then.

Can't wait to see what everyone else is waiting on this week.
Posted by Carrie at 12:01 AM