I had a rawther awesome week this week and I can't wait to share my mailbox goodies with you all.

First things first, In My Mailbox is brought to you by The Story Siren. 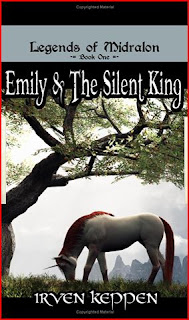 From his dark tower in the far north, the Silent King sends forth his foul armies. His minions are quickly spreading throughout the lands of Midralon, bringing fear and terror. His dark magic is powerful and his armies mighty, but the Silent King has one weakness. According to an ancient prophecy, one simple word can defeat the evil tyrant, but no one knows this word and the Silent King slays any who dare to speak in his presence! None of this matters to Emily; she doesn't know how she ended up in this strange land along with her sister and two brothers. Her only desire is to get her family safely back home to their own world. There is just one problem: it appears her only way back will lead to an encounter with the sinister Silent King himself! Join Emily as she adventures in the enchanting land of Midralon!

Karma For Beginners by Jessica Blank 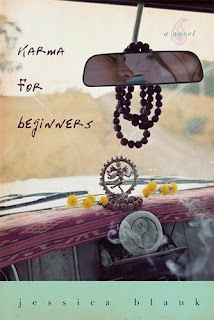 Fourteen-year-old Tessa has never had a normal life. Her mother, a frustrated hippie with awful taste in men, has seen to that. But when her mom pulls her out of school to live at an ashram in the Catskills, Tessa goes from being a freak among normal people to being an outcast among freaks. Freaks who worship an orange robe-wearing guru. And while her mom is buzzing with spiritual energy, and finding a little too much favor with the guru, all Tessa feels are weird vibes.

Unless she's with Colin, the gorgeous boy who fixes trucks for the ashram. The connection they share is the most spiritual thing Tessa has ever felt. But he's older-like illegally older-and Tessa's taking dangerous risks to spend time with him. Soon her life is blooming into a psychedelic web of secrets and lies and it's clear that something's about to give way. When it does, will she have anyone to hold on to? Will she even know herself?

Revelations abound in this mind-altering novel from the acclaimed author of Almost Home. 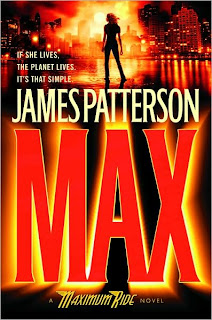 Maximum Ride and the other members of the Flock have barely recovered from their last arctic adventure, when they are confronted by the most frightening catastrophe yet. Millions of fish are dying off the coast of Hawaii and someone—or something—is destroying hundreds of ships. Unable to discover the cause, the government enlists the Flock to help them get to the bottom of the disaster before it is too late.

While Max and her team are exploring the depths of the ocean, their every move is being carefully tracked by Mr. Chu—a criminal mastermind with his own plans for the Flock. Can they protect themselves from Mr. Chu's army of mercenaries and save the ocean from utter destruction?

A James Patterson Pageturner
In the spirit of the most enduring hit movies and books, James Patterson has written this story for readers from ten to a hundred and ten. Special care has been taken with the language and content of MAXIMUM RIDE 5. 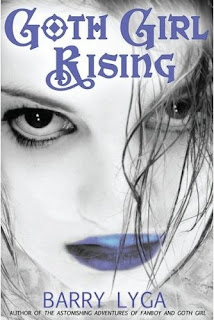 Time is a funny thing in the hospital. In the mental ward. You lose track of it easily.

After six months in the Maryland Mental Health Unit, Kyra Sellers, a.k.a. Goth Girl, is going home. Unfortunately, she's about to find out that while she was away, she lost track of more than time. Kyra is back in black, feeling good, and ready to make up with the only person who's ever appreciated her for who she really is.

But then she sees him. Fanboy. Transcended from everything he was into someone she barely recognizes.

And the anger and memories come rushing back.

There's so much to do to people when you're angry.
Kyra's about to get very busy.

Purchased: (I went a little crazy!!)

I also bought a Blu-Ray player, which I am a tad bit in love with. It makes my movies so pretty and drool-worthy. I can't wait until Tuesday when I can buy Supernatural Season 4 on Blu-Ray. Winchesters in Hi-Def is heavenly!!!

Can't wait to see what everyone else got this week.
Posted by Carrie at 9:27 PM