Sorry I'm posting this a bit late today, but apparently I was more tired that I thought. It took me forever to get out of bed and moving this morning. All I wanted to do was lay in bed and read, but alas here I am at the computer once again.

As always, In My Mailbox is brought to you by Kristi, AKA The Story Siren, AKA she who is Made of Awesome.

I got some exciting stuff in the mail this week. There are only three books, but they are three fantastic books. 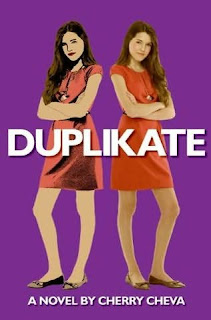 Getting into Yale has been Kate Larson’s dream for years—and being overworked and under-rested is the price of admission. But when she opens her eyes after falling asleep on her keyboard one night, she comes face-to-face with, well, herself.

Meet Kate’s computer-generated twin. Kate doesn’t know why she’s here or how to put her back where she belongs, but she’s real. And she’s the last thing Kate has time to deal with right now. Unless. . .could having a double be the answer to Kate’s prayers?

I got this one as part of the 1 ARC Tour and I am very excited to read it. I'll be starting it next, so I can pass it on quickly. 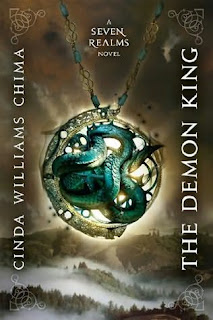 Times are hard in the mountain city of Fellsmarch. Reformed thief Han Alister will do almost anything to eke out a living for himself, his mother, and his sister Mari. Ironically, the only thing of value he has is something he can't sell. For as long as Han can remember, he's worn thick silver cuffs engraved with runes. They're clearly magicked-as he grows, they grow, and he's never been able to get them off.

While out hunting one day, Han and his Clan friend, Dancer catch three young wizards setting fire to the sacred mountain of Hanalea. After a confrontation, Han takes an amulet from Micah Bayar, son of the High Wizard, to ensure the boy won't use it against them. Han soon learns that the amulet has an evil history-it once belonged to the Demon King, the wizard who nearly destroyed the world a millennium ago. With a magical piece that powerful at stake, Han knows that the Bayars will stop at nothing to get it back.

Meanwhile, Raisa ana'Helena, Princess Heir of the Fells, has her own battles to fight. She's just returned to court after three years of relative freedom with her father's family at Demonai camp - riding, hunting, and working the famous Clan markets. Although Raisa will become eligible for marriage after her sixteenth name-day, she isn't looking forward to trading in her common sense and new skills for etiquette tutors and stuffy parties.

Raisa wants to be more than an ornament in a glittering cage. She aspires to be like Hanalea-the legendary warrior queen who killed the Demon King and saved the world. But it seems like her mother has other plans for her--plans that include a suitor who goes against everything the Queendom stands for.

The Seven Realms will tremble when the lives of Han and Raisa collide in this stunning new page-turner from bestselling author Cinda Williams Chima. 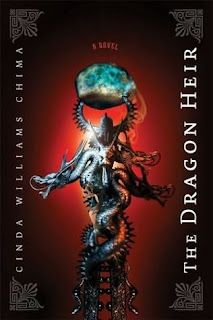 The covenant that was meant to keep the wizard wars at bay has been stolen, and Trinity must prepare for attack. Everyone is doing their part -- Seph is monitoring the Weirwalls; Jack and Ellen are training their ghostly army; even Anaweir Will and Fitch are setting booby traps around the town's perimeter. But to Jason Haley, it seems like everyone wants to keep him out of the action. He may not be the most powerful wizard in Trinity, but he's prepared to fight for his friends. When Jason finds a powerful talisman --a huge opal called the Dragonheart--buried in a cave, his role takes on new importance. The stone seems to sing to Jason's very soul -- showing him that he is meant for more than anyone guessed. Trinity's guardians take the stone away after they realize that it may be a weapon powerful enough to save them all. Without any significant power of his own, and now without the stone, what can Jason possibly do to help the people he cares about -- and to prove his mettle?

Cinda was kind enough to send me an autographed copy of her upcoming book The Demon King and then she threw in and autographed copy of The Dragon Heir in paperback, too. Thank you so much Cinda. I've been anxiously awaiting your new book and I can't wait to start it.

So that's it for me this week. I can't wait to see what everyone else got in their mailboxes.
Posted by Carrie at 12:21 PM