As always, In My Mailbox is brought to you by the letter K as in Kristi AKA the Story Siren. Go check out her mailbox, it's always full of awesomeness.

Ahhh, a much lighter week this time around. Only two books, but I am very, very pumped for both of them 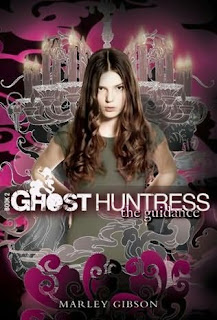 Kendall and her ghost hunting team is the talk of Radisson, Georgia, but one person isn’t so pleased. Courtney Langdon doesn’t appreciate Kendall’s new popularity or her relationship with Jason, Courtney’s ex.

So Courtney begins dabbling in the paranormal world. At first it’s all a game to draw attention away from Kendall. But Courtney doesn’t know what she’s getting into—or what wants in her. This is one game that’s about to turn deadly serious.

I really liked the first book in this series, so I am super-excited to read this one. Apparently, Marley also has a teen non-fiction book coming out in September, which is called The Other Side: A Teen's Guide to Ghost Hunting and the Paranormal. It sounds pretty cool, too.

And last, but most definitely not least, 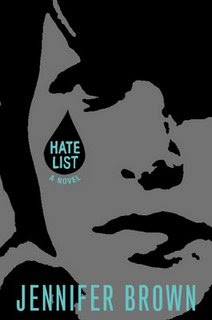 YAY!!! I'm sooo excited for this one. It was a WOW post for me and I was thrilled to get it in the mail. Plus, Jennifer is from the Kansas City area, which is totally cool. Maybe we'll actually have a cool book signing sometime in the near future. Fingers crossed.

So, that is it for me this week. I do want to say thank you to everyone who has given me awards this week. In the madness to reorganize my mess of a room, I lost my list of awards, but I really appreciate all of them and I think you all rock.

Thank you soooooo much and I can't wait to see what everyone got in their mailboxes.
Posted by Carrie at 9:40 PM