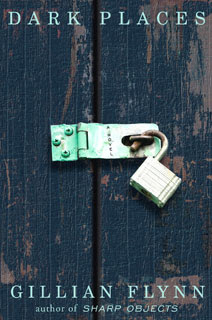 "I have a meanness inside me, real as an organ."

Libby Day was seven when her mother and two sisters were murdered in The Satan Sacrifice of Kinnakee, Kansas. As her family lay dying, little Libby fled their tiny farmhouse into the freezing January snow. She lost some fingers and toes, but she survived-and famously testified that her fifteen-year-old brother, Ben, was the killer. Twenty-five years later, Ben sits in prison, and troubled Libby lives off the dregs of a trust created by well-wishers who've long forgotten her.

The Kill Club is a macabre secret society obsessed with notorious crimes. When they locate Libby and pump her for details-proof they hope may free Ben-Libby hatches a plan to profit off her tragic history. For a fee, she'll reconnect with the players from that night and report her findings to the club . . . and maybe she'll admit her testimony wasn't so solid after all.

As Libby's search takes her from shabby Missouri strip clubs to abandoned Oklahoma tourist towns, the narrative flashes back to January 2, 1985. The events of that day are relayed through the eyes of Libby's doomed family members-including Ben, a loner whose rage over his shiftless father and their failing farm have driven him into a disturbing friendship with the new girl in town. Piece by piece, the unimaginable truth emerges, and Libby finds herself right back where she started-on the run from a killer.

Okay, so this isn't a YA book, but a girl has to branch out once in awhile. I read Gillian Flynns's first novel Sharp Objects right when it came out and loved it. So, I've been anxiously awaiting this one for a long while.

I wasn't disappointed. Dark Places is a fantastic novel! Libby Day's story is incredibly tragic and yet it's impossible to turn away, even when you want to. This isn't a light read by a long shot. It's gruesome and heartbreaking and Libby can at times be hard to like. But at the same time, there is so much heart in the story of this family who meets a tragic end.

The modern story of Libby's search for the truth is interspersed with the story of the events of that terrible day. The chapters which cover the day of the murders go back and forth between Libby's mother and her brother Ben's viewpoint on the day. The way it's written definitely keeps those pages turning. As the tension builds you can't help but race through the chapters to finally solve the mystery.

One of my favorite things about this book is that it takes place in Kansas City.....Missouri not Kansas, which Flynn writing as Libby points out. Only someone from Kansas City, Missouri would feel the need to clarify the difference, which is just one of those little touches that I like. I'm from Kansas City myself and we don't often have books written about our fair city, but Gillian Flynn is from KC. Her first book, Sharp Objects, took place in Missouri as well, but it was in Southern Missouri, if I remember correctly, down in the Bootheel. Just another reason to love her books.

Even if your not from the MO, though, I highly recommend her books. Both of them are wonderfully written mystery novels with compelling main characters. If you're going to step away from YA for a spell, these books are a great choice.
Posted by Carrie at 12:06 AM