In My Mailbox is brought to you by Kristi AKA The Story Siren.

I had a great a pretty darned good week, so here goes. Scotland. 1307. Thirteen-year-old Tormod MacLeod is different. He knows things before they happen. Even his own brother treats him differently, and all Tormod can do is bide his time until he's old enough to leave the village and make something of himself. His chance comes sooner than expected when a Templar knight asks him to deliver a secret message. But Tormod's efforts end up endangering both their lives. What follows is a desperate journey to escape the army of King Philippe le Bel of France. If he is to survive, Tormod must learn to harness the powers within.

I've already read this one. I'll post a review Monday. 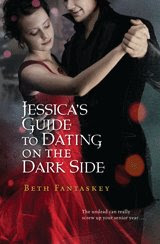 The undead can really screw up your senior year . . .

Marrying a vampire definitely doesn’t fit into Jessica Packwood’s senior year “get-a-life” plan. But then a bizarre (and incredibly hot) new exchange student named Lucius Vladescu shows up, claiming that Jessica is a Romanian vampire princess by birth—and he’s her long-lost fiancé. Armed with newfound confidence and a copy of Growing Up Undead: A Teen Vampire’s Guide to Dating, Health, and Emotions, Jessica makes a dramatic transition from average American teenager to glam European vampire princess. But when a devious cheerleader sets her sights on Lucius, Jess finds herself fighting to win back her wayward prince, stop a global vampire war—and save Lucius’s soul from eternal destruction.

This is my second copy of this. I've already read and reviewed it here. I may include this in an upcoming contest.

Thanks to Kat for both of these!! 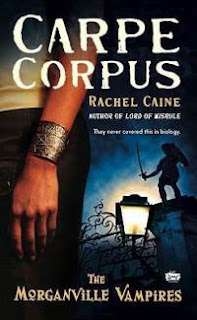 In the small college town of Morganville, vampires and humans lived in (relative) peace—until all the rules got rewritten when the evil vampire Bishop arrived, looking for the lost book of vampire secrets. He’s kept a death grip on the town ever since. Now an underground resistance is brewing, and in order to contain it, Bishop must go to even greater lengths. He vows to obliterate the town and all its inhabitants—the living and the undead. Claire Danvers and her friends are the only ones who stand in his way. But even if they defeat Bishop, will the vampires ever be content to go back to the old rules, after having such a taste of power?

The Blonde of the Joke by Bennett Madison
Publisher: HarperTeen 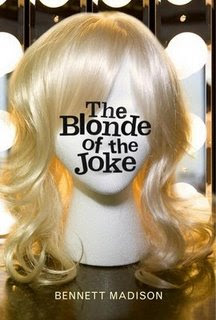 A blonde and a brunette meet at the mall: It's the setup for the perfect blonder joke. While Val sees in the outrageously blonde Franie the gutsiness she's always envied, somehow--unexpectedly--Francie sees something in Val too. Something sneaky. So they become partners in crime.

But soon, the polar opposites find themselves tangled in a web of love, lies, and shoplifting that's impossible to escape. And as the stakes get higher, it soon becomes clear that the darkest secrets have yet to be discovered.

Thanks to Bennett for hooking me up. Can't wait to read this one. 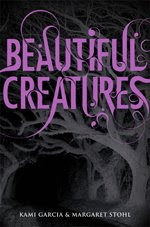 This is my second copy of Beautiful Creatures, so I will most likely be giving it away at some point.

I really want to read Shiver, but since I have yet to get a copy, I thought I would start with Lament first and go from there. I'm so jealous of all of you Shiver-havers.

Anyway, That's it for me this week. Can't wait to see what everyone else picked up.
Posted by Carrie at 12:01 AM