First things first, In My Mailbox is brought to you by Kristi AKA The Story Siren.

Only got three books in the mail this week, but they are reallllly good ones. 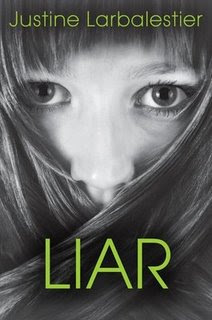 Micah freely admits that she’s a compulsive liar. And that may be the one honest thing he’ll ever tell you. Over the years she’s duped her classmates, her teachers, and even her parents. But when her boyfriend, Zach, dies under brutal circumstances, the shock might be enough to set her straight. Or maybe not. Especially when lying comes as naturally to her as breathing. Was Micah dating Zach? Or was Sarah his real girlfriend? And are the stories Micah tells about inheriting a “family gene” real or are they something that only exists in her mind?
Breathtaking in its plotting, and narrated by one of the most psychologically complex young
women to emerge since Sybil, Liar is a roller-coaster that will have listeners grasping for the truth. Honestly.

I wasn't sure whether or not I was getting this one, so I did a little happy dance when it showed up. I love Justine's books, all of them, and I am pumped for this one. 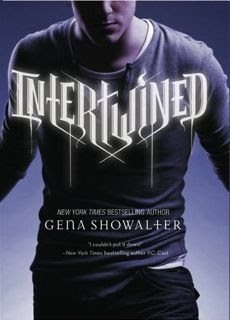 There’s something about the new guy at Crossroads High . . .

Most sixteen-year-olds have friends. Aden Stone has four human souls living inside him:

One can time-travel.
One can raise the dead.
One can tell the future.
And one can possess another human.

With no other family and a life spent in and out of institutions, Aden and the souls have become friends. But now, they’re causing him all kinds of trouble.

Like, he’ll blink and suddenly he’s a younger Aden, reliving the past. One wrong move, and he’ll change the future. Or, he’ll walk past a total stranger and know how and when she’s going to die.

He’s so over it. All he wants is peace.

And then he meets a girl who quiets the voices. Well, for as long as he’s with her. Why? Mary Ann Gray is his total opposite. He’s a loner; she has friends. He doesn’t care what anyone thinks; she tries to make everyone happy. And while he attracts the paranormal, she repels it. For her sake, he should stay away. But it’s too late. . .

Somehow, they share an inexplicable bond of friendship. A bond about to be tested by a werewolf shape-shifter who wants Mary Ann for his own and a vampire princess Aden can’t resist. Two romances, both forbidden. . . doomed. Still, the four will enter a dark underworld of intrigue and danger. . . but not everyone will come out alive. . .

My Soul To Take by Rachel Vincent coming August 1, 2009 from Harlequin Teen 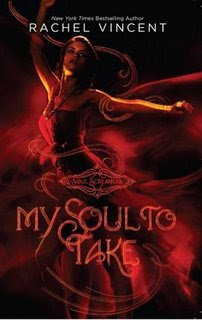 SOMETHING IS WRONG WITH KAYLEE CAVANAUGH

She doesn't see dead people, but...

She senses when someone near her is about to die. And when that happens, a force beyond her control compels her to scream bloody murder. Literally.

Kaylee just wants to enjoy having caught the attention of the hottest guy in school. But a normal date is hard to come by when Nash seems to know more about her need to scream than she does. And when classmates start dropping dead for no apparent reason, only Kaylee knows who'll be next.

The last thing you hear before you die...


Both of these came from Harlequin and I am super-excited to read them. They look fantastic and if these are any indicator of Harlequin's new teen line, then I really look forward to the imprint's future. Some good stuff.

I only bought one book this week, because I'm saving up for some extra discount days at the bookstore. Trust me, I have a huge list of things to buy and I'll have some B-Day money coming in, so watch out bookstore here I come.

Jennifer's Body by Audrey Nixon, Based on a screenplay by Diablo Cody, which I reviewed here.


Okay, so that's it for me this week. I have a big week coming up. Tuesday my sister and I will be heading to the Naperville, IL stop on the Supernatural Summer Tour to see Kim Harrison, Kelley Armstrong, and Melissa Marr. I cannot wait. I think it'll be well worth the almost 8 hour drive we are making.

Then Wednesday is my birthday. Since we will still be in the area, my sister and I will head into Chicago to go to The Field Museum and Shedd Aquarium. Then we may go back to the bookstore, because Julianne Moore is doing a signing for her two picture books, which are both really cute.

Now to the really important part...what did you all get? I can't wait to see!!
Posted by Carrie at 12:01 AM