Waiting on Wednesday (41)--Magic Under Glass by Jaclyn Dolamore 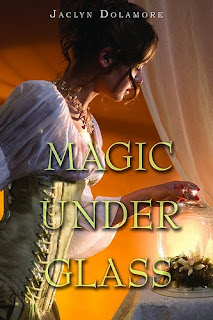 I think this sounds fantastic and I love the cover. "..fate of the entire magical world may be in peril." ?! Awesome!!
Posted by Carrie at 7:49 PM