As always, In My Mailbox is brought to you by Kristi, AKA The Story Siren. I've been a bit of a bad blogger lately. Work and school has kept me away and cut into my reading big time, but I am re-dedicating myself to blogging. I was actually contemplating taking a break, but a recent meeting with an author made me reconsider and decide to keep on truckin'. Therefore, this week, I am pledging to blog every day. We'll see how that goes. I only work two days this week, because of Thanksgiving break, so I plan to catch up on reading and try not to watch Criminal Minds all day.

Here's what I got this week:

Just Grace and the Snack Attack by Charise Mericle Harper 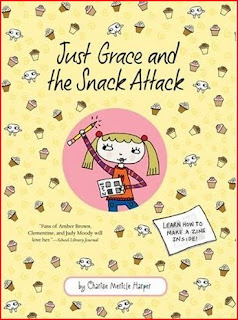 After reading this new book about Just Grace you will know how to . . .
1. turn your favorite potato chips into a tasty chipwich.
2. draw and fold up your very own zine, which is a cool little book made from only one piece of paper.
3. look for and use the special powers of the wish chip.
This book will not help you know how to . . .
1. do fancy hairstyles for your cat.
2. make a flower garden in your room.
3. bake a four- or even five-layer cake.
But this book might make you feel a little bit hungry, and if it does, then you will know you are having a “snack attack” just like Grace!

I've been offered more books for younger readers lately and I'm thrilled about that. Although my heart will always be with YA, I'm excited to find great new authors to share with my students.

The Pillow Book of Lotus Lowenstein by Libby Schmais 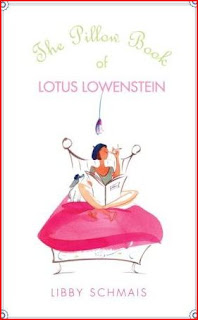 An adorable, completely original YA voice.

Lotus Lowenstein's life is merde. She dreams of moving to Paris and becoming an existentialist. Yet here she is trapped in Park Slope, Brooklyn, with a New-Agey mom, an out-of-work dad, and a chess champion brother who dreams of being a rock star. Merci à Dieu for Lotus’s best friend, Joni, who loves French culture enough to cofound their high school’s first French Club with Lotus. At the first meeting, the cutest boy in the world walks in. His name is Sean, and he too loves French culture and worships Jean-Paul Sartre.

At first, Lotus thinks Sean is the best thing to happen to her in years. He’s smart, cultured, and adorable. Unfortunately, though, Joni feels the same way. And having an existentialist view of love, Sean sees nothing wrong with enjoying both girls’ affections. Things come to a head when all three depart for Montreal with their teacher, Ms. G, on the French Club’s first official field trip. Will Sean choose Joni over Lotus? And will Lotus and Joni’s friendship ever recover?

Eye of the Crow by Shane Peacock 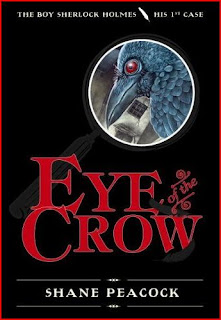 Sherlock Holmes, just thirteen, is a misfit. His highborn mother is the daughter of an aristocratic family, his father a poor Jew. Their marriage flouts tradition and makes them social pariahs in the London of the 1860s; and their son, Sherlock, bears the burden of their rebellion. Friendless, bullied at school, he belongs nowhere and has only his wits to help him make his way.

But what wits they are! His keen powers of observation are already apparent, though he is still a boy. He loves to amuse himself by constructing histories from the smallest detail for everyone he meets. Partly for fun, he focuses his attention on a sensational murder to see if he can solve it. But his game turns deadly serious when he finds himself the accused — and in London, they hang boys of thirteen.

Shane Peacock has created a boy who bears all the seeds of the character who has mesmerized millions: the relentless eye, the sense of justice, and the complex ego. The boy Sherlock Holmes is a fascinating character who is sure to become a fast favorite with young readers everywhere.