Three books in the mail this week, and one of them a repeat. 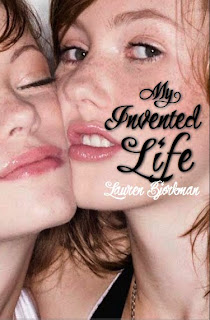 With Roz and Eva everything becomes a contest—who can snag the best role in the school play, have the cutest boyfriend, pull off the craziest prank. Still, they’re as close as sisters can be. Until Eva deletes Roz from her life like so much junk e-mail for no reason that Roz understands. Now Eva hangs out with the annoyingly petite cheerleaders, and Roz fantasizes about slipping bovine growth hormone into their Gatorade.

Roz has a suspicion about Eva. In turn, Eva taunts Roz with a dare, which leads to an act of total insanity. Drama geeks clamor for attention, Shakespearean insults fly, and Roz steals the show in Lauren Bjorkman’s hilarious debut novel. 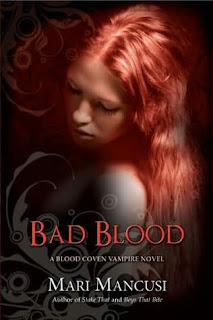 Sunny is suspicious of a Rhodes Scholar who can't answer the most basic poli-sci questions, but Magnus brushes it off as petty jealousy. Still, when the Blood Coven goes to Las Vegas for a vampire convention, Sunny and her twin sister Rayne secretly tag along. And Sunny's not going home before she learns the truth about Jane. Because not everything stays in Vegas-especially bad blood.

Captivate by Carrie Jones (Repeat, so I'm giving it away here).

The Dark Divine by Bree Despain
Scones & Sensibility by Lindsay Eland
The 13th Reality Book 1: The Journal of Curious Letters by James Dashner
Posted by Carrie at 9:36 PM