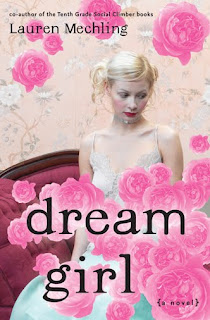 Claire Voyante has been having strange visions ever since she can remember. But the similarity between her name and her talents is purely coincidental. The name is French and unlike the psychics on TV, she can’t solve crimes or talk to the dead.

But that all changes on Claire’s 15th birthday, when her grandmother gives her something a little more extraordinary than one of her old cocktail dresses: a strange black-and-white onyx cameo on a gold chain. It’s not long before Claire’s world becomes a whole lot clearer. And a whole lot more dangerous. 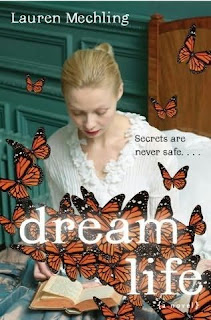 Claire Voyante's first semester at Henry Hudson High School was eventful, to say the least. As she heads into her second semester, things are calming down a bit. But Claire has a few secrets that are getting harder to keep. Her biggest secret of all? The onyx and ivory cameo necklace her grandmother gave her for her 15th birthday. Ever since she started wearing it, her dreams have been coming to her in black and white and turning out to be oddly prophetic.

Becca’s been hanging out with her old prep school friends and never seems to have time for Claire anymore. And soon, Claire discovers why—there’s a secret group of society girls with a mysterious identity. And, turns out, a mysterious enemy who’s out to get them. The second she sniffs out trouble, Claire jumps on the case. But is it someone close to Claire who’s in danger again—or could it be Claire herself whose life is at stake?

Thank you, thank you Lauren and Random House for sharing these two titles with me. I can't wait to read the, in fact, they are now next in the pile.

Fallen by Lauren Kate
The Youngest Templar: Keeper of the Grail by Michael P. Spradlin
Monster Squad, Book 3: The Beast With 1000 Eyes