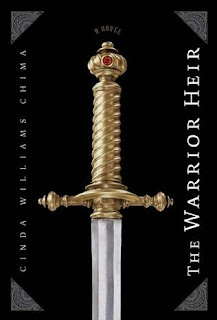 Before he knew about the Roses, 16-year-old Jack lived an unremarkable life in the small Ohio town of Trinity. Only the medicine he has to take daily and the thick scar above his heart set him apart from the other high-schoolers. Then one day Jack skips his medicine. Suddenly, he is stronger, fiercer, and more confident than ever before. And it feels great until he loses control of his own strength and nearly kills another player during soccer team tryouts. Soon, Jack learns the startling truth about himself: He is Weirlind; part of an underground society of magical people who live among us. At the head of this magical society sit the feuding houses of the Red Rose and the White Rose, whose power is determined by playing The Game a magical tournament in which each house sponsors a warrior to fight to the death. The winning house rules the Weir. As if his bizarre magical heritage isn’t enough, Jack finds out that he’s not just another member of Weirlind he’s one of the last of the warriors at a time when both houses are scouting for a player. Jack’s performance on the soccer field has alerted the entire magical community to the fact that he’s in Trinity. And until one of the houses is declared Jack’s official sponsor, they’ll stop at nothing to get Jack to fight for them.

I have two work friends to thank for this one. That's one thing I'll miss about being at the bookstore; almost all of my co-workers could be counted on to suggest a good read. I was most definitely not disappointed in this suggestion. I think I strayed away from it for so long, because honestly, I wasn't really drawn in by the cover. I know, I know, we shouldn't judge a book by its cover, but sometimes I just can't help it. When I glanced at this on the shelf daily, it just didn't catch my fancy. That'll show me.

I thoroughly enjoyed reading The Warrior Heir. I was immediately swept up into this very believable place, where magic coexists with the everyday world. I love that idea and I never really get tired of it. It's nice to think that there's real magic out there just waiting for us all.

Jack's life takes a drastic turn as he finds out the he is in fact, Weirlind, part of a very real magical society. Born a wizard, but made a warrior, Jack must face the dark and scary path he has been sent upon since birth. Two sides are fighting over him and will go to any means, including murder to keep him from going to the other side.

This is just a compulsively readable book. Jack is a fantastic character and I love the people who surround him throughout the story. His friends Will and Fitch are fantastic as is Ellen, the girl who is as mysterious as Jack. From the beginning, it's hard to know who to trust in this story, but that's half the fun. We get to discover friend and foe right along with Jack. I loved being along for the ride.

I already bought the other two books in this series and I'm chomping at the bit to get to them. Chima also has a new book, The Demon King, coming out in October, which will start a whole new series. Can't wait to read more from this exceptional author.
Posted by Carrie at 9:39 PM