Waiting on Wednesday (73)--The Devouring #3: Fearscape by Simon Holt 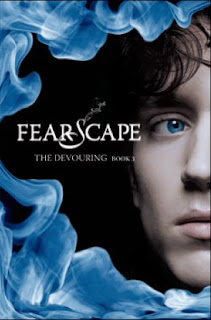 The Vours: evil, demonic beings that inhabit human bodies on Sorry Night, the darkest hours of the Winter Solstice.

It's been a year since Reggie first discovered the Vours, and the Winter Solstice is approaching once again. It will be another night of unspeakable horror for those unlucky enough to be taken by the Vours, because this time, she won't be able to stop them. The Vours have imprisoned Reggie in a psychiatric hospital, where she is subjected to a daily routine of unfathomably sadistic experiments. Her life is a living Hell, but she won't give up. They attacked her brother. They killed her friend. And Reggie will never stop fighting back.

I really loved the first two books in this series. They're great thrillers that kept me reading well into the wee small hours. Can't wait for this one!
Posted by Carrie at 10:18 PM