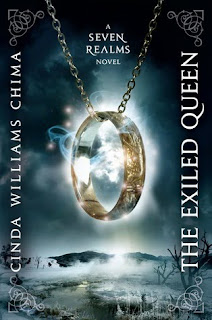 Today, I am truly thrilled to welcome one of my favorite authors to the blog: Cinda Williams Chima. Her new book The Exiled Queen is fantastic and should be added to your shelves ASAP. So, listen in while Cinda tells us about one of her favorite topics, Thieves.

What Is It About Thieves?


The viewpoint characters in my Seven Realms series are archetypes of fantasy fiction.

Raisa ana’Marianna is the princess heir of the queendom of the Fells, the mixed blood product of a troubled marriage between Queen Marianna and Averill Lightfoot Demonai, patriarch of a clan of upland warriors.

Han Alister is a thief and streetgang leader who is trying to go straight. He has a magical legacy, as evidenced by the silver wristcuffs he’s worn since birth. His mother believes that he’s demon-cursed, and there are times that he believes it, too.

A princess and a thief. Why do these fantasy tropes surface over and over again? 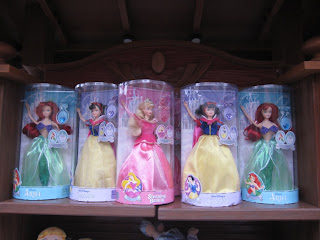 The fascination with princesses is understandable, I suppose. They are glamorous and rich and get to dress up and go to parties. Depending on the princess and the story, they may be powerful or not. And, like it or not, princesses are a whole industry these days. 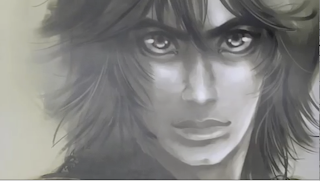 Thieves, on the other hand, live on the down-low. Yet they are often depicted as heroes or, at least, sympathetic characters in mythology, history, film, and literature—from Dickens’s Artful Dodger to the Robin Hood legends, from the French poet-thief Francois Villon to Butch Cassidy and the Sundance Kid.

Thieves in mythology include tricksters such as Loki in Norse mythology and Coyote in Native American stories. One of my favorite thieves in contemporary fantasy fiction is Eugenides, the hero of Megan Whalen Turner’s Queen’s Thief series. He fools everyone--the reader included—but he has a claim to respectability, at least, since he’s the queen’s official thief.

One of my favorite characters in Tamora Pierce’s Circle of Magic series is a talented thief named Briar, and her Beka Cooper series features the dangerously attractive thief-lord Rasto. Thieves are even a character class in role-playing games such as Dungeons and Dragons.

Thievery creates conflict—and conflict drives story. As The Demon King opens, Han Alister takes an amulet from Micah Bayar, the High Wizard’s son. That precipitates a whole cascade of disasters that ripples through the entire series.

Nobody wants to read about a marginally-successful, no-account thief. So literary thieves are charming, charismatic, and very, very good at what they do. The archetypical thief follows an honor code of sorts. Even if they reform, they continue to use their thief skills to do good.

Thieves appeal to the rogue in all of us, because they live by their wits, often making fools of their more powerful adversaries. They give hope to the small and unbuff like me. They can get into forbidden places, ferret out secrets, and take risks that we wouldn’t take ourselves. Perhaps we all have a streak of larceny in us. We’re all rule-breakers at heart.


Writer T.N. Tobias discusses the pros and cons of using archetypes in fiction. To go beyond archetype, he suggests that you build the character from the inside out, developing aspects of character such as motivation, purpose, methods, and self-reflection in order to make them rich and believable.

Why do archetypes exist in fantasy? Because they work so well in story.


The Demon King is now available in paperback, and The Exiled Queen released September 28. There will be four books in the Seven Realms series, followed by two more Heir books.

Excerpts from each of my books are available on my website, www.cindachima.com. Help for writers can be found under Tips for Writers, including a document called, “Getting Started in Writing for Teens.”

I blog at http://cindachima.blogspot.com/, where you’ll find rants, posts on the craft of writing, and news about me and my books.

Thank you for visiting Cinda and I can't tell you how thrilled I am that there are four books in this series and two more Heir books to come. That news just made my day.
Posted by Carrie at 10:03 PM