The House of Dead Maids by Clare Dunkle Tour Stop and Giveaway! 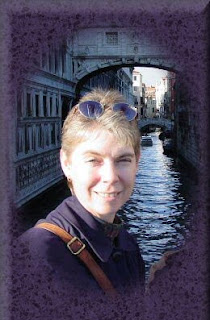 Today, I have a very special guest, Clare Dunkle, who is touring to promote her awesome book, The House of Dead Maids. Here's what Clare has to say about Wuthering Heights, the inspiration for her book:

Emily Brontë’s classic novel, Wuthering Heights, is as nebulous as a winter cloud. Brontë refuses to guide us; she steps back and leaves her readers free to make up their own minds. Some call her book romantic because of the undying love between Heathcliff and Cathy. Others call it tormented obsession. Some call it a thrilling tale of revenge against injustice; others, a grotesque portrait of a psychopath.

If I had come across Wuthering Heights in my teenage years, I might find Heathcliff’s brooding passion for Cathy attractive. And if I were to read the book for the first time now, I’m sure I would find him repellant. But I first read Heathcliff’s story when I was just a child, so it is the child Heathcliff who has always mattered most to me. When I was little, I noticed each of the injustices done to this unwanted boy, including the selfish cruelty of his foster father, who kept the child as a kind of pet but couldn’t be bothered to provide for his future even though the old man knew he was dying.

The nine-year-old me found Wuthering Heights absolutely terrifying. Much of it was beyond my comprehension, making what I did grasp even more dreadful. I felt as if I were hiding in a closet and watching gang violence unfold in the room right in front of me.

Poor dead Cathy, wandering home after twenty years, gave me the shivers, but I found Lockwood even more awful for the way he treated the little ghost, rubbing her thin arm against broken glass to try to escape her. She was undead, my fourth-grade brain reasoned; she couldn’t help being scary. He was a grown man, an adult, and adults in my world were supposed to help children, even if those children were undead. But the burgeoning storyteller in me tested his reaction and decided that it was probable, so I learned a horrifying life lesson from Lockwood’s heartlessness.

That same heartlessness—selfish adult against helpless child—occurs again and again in the pages of Wuthering Heights. Solemn little bookish child that I was back then, I felt each new outburst of cruelty deeply. And when the mature Heathcliff stands aside to allow poor, ignorant young Hareton a chance at happiness—to me that was not, as some critics have termed it, a clumsy resolution or a tacked-on dénouement. To me, it was the moment of Wuthering Heights.

So it’s no surprise that these are the major themes of my Wuthering Heights prequel, The House of Dead Maids. Two unwanted children enter that labyrinth of a story with only one another to rely on. The ghosts they meet are scary—because how can a ghost help being scary? It’s in the very nature of the undead. But it is the adults in my book, with their selfish callousness, who have the power to terrify. And it is the one brief moment of compassion from an unlikely source that lights up the whole story for me and makes the journey worthwhile. 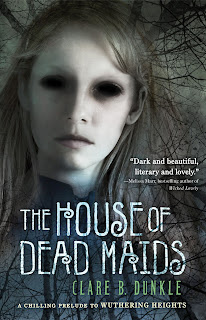 Amazing, right? And here's what you can win: 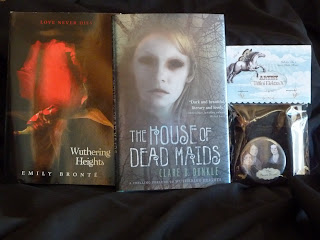 One Grand Prize winner will receive The House of Dead Maids, a gorgeous Brontë sisters pocket mirror, and the HarperTeen edition of Wuthering Heights! Two lucky runners-up will receive the two books.

To enter, send an email to DeadMaidsBook@gmail.com with your name, email address, and shipping address (if you're under 13, submit a parent's name and email address). One entry per person and prizes will only be shipped to US or Canadian addresses. Entries must be received by midnight (PDT) on October 31. Winners will be selected in a random drawing on November 1 and notified via email.


If you'd like to catch Clare on her next stop, she'll be popping up on The Neverending Shelf. Stop by and show your love!
Posted by Carrie at 12:01 AM