The Space Between Trees by Katie Williams 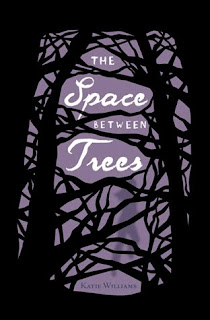 In this haunting tale, quirky loner Evie is in the wrong place at the wrong time when her sometime friend and total crush, Jonah, discovers a body in the woods--a body that turns out to be that of her childhood playmate. At the funeral, a fateful lie leads Evie into a complicated relationship with the dead girl's father and best friend. Before she realizes what is happening, Evie is on the hunt for a killer, spinning more lies along the way and putting herself in serious danger.

I completely adored this book! It's no secret that I love mysteries and I have to say that this is one of the most exciting, intense, and beautifully-written mysteries I've read in a long time.

It's easy not to like Evie. She rubs people the wrong way, but her quirkiness and abrasiveness only made me love her more. This was such a thrilling read and the tension just kept building and building which incidentally kept me reading and reading. It has such an engaging and yet chilling atmosphere to it which only adds to the mystery.

In Evie's world you never know who to trust and everyone is a suspect, but somehow Evie finds the courage within herself to keep going and keep pushing for the truth. It's such an intriguing storyline filled with fascinating characters. It's also one of the best YA novels I've read this year. Check it out!!

And join me tomorrow when I'll have a guest post from Katie Williams herself and a couple of awesome surprises!!
Posted by Carrie at 9:20 PM