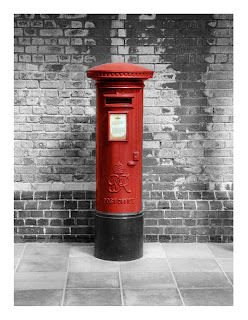 I haven't done an IMM post in weeks, so this will be my catch up post. No pictures, just titles and authors. It's a lengthy list, so hang in there. Sorry if I repeat anything, but that's just how long it's been.

Restoring Harmony by Joelle Anthony
Dark Life by Kat Falls
Countdown by Deborah Wiles
Faithful by Janet Fox
Solving Zoe by Barbara Dee
Prophecy of Days by Christy Raedeke
The Cupcake Queen by Heather Hepler
White Cat by Holly Black
Lies by Michael Grant
Shade by Jeri Smith-Ready
Spells by Aprilynne Pike
Dead in the Family by Charlaine Harris
The Red Pyramid by Rick Riordan
A Blue So Dark by Holly Schindler
The Academy Year One: Flight of the Outcast by Brad Strickland
Also Known As Harper by Ann Haywood Leal
Fearless by Tim Lott
Time of the Witches by Anna Myers
The Year of the Bomb by Ronald Kidd
Worldshaker by Richard Harland
The Demon's Covenant by Sarah Rees Brennan
Leaving Paradise by Simone Elkeles
Each Little Bird that Sings by Deborah Wiles
Love, Ruby Lavender by Deborah Wiles
Ship Breaker by Paolo Bacigalupi

Okay, so that's it. That's what happens when I go to a Scholastic warehouse sale, go to Borders and B&N too many times, and also make a visit to Half-Price books. My list continues to grow, but I just can't help myself.
Posted by Carrie at 11:08 PM