I didn't do an IMM post last week, because there was way too much going on, but here I am back and ready to post all of my recent book purchases.

Molly Fyde and the Land of Light by Hugh Howey 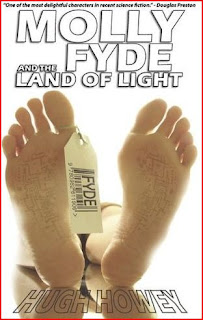 Molly Fyde has forever dreamed of reconnecting with her mysterious past. Now she's about to meet it in a way she never expected ... head-on.
Her father is alive. Her mother's memories are trapped in the very ship that bears her name. On the run from their own Navy, Molly and her crew have been tasked with the impossible:

Rescue her parents. Save the galaxy. End a war.

But first, Molly must help a crew member in need, which means running to the very race she was trained to meet in battle.

Planet Drenard. Homeworld of humanity's sworn enemy. The next stop for the starship Parsona. 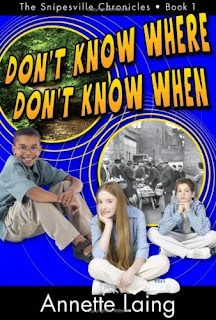 What a nightmare.
Hannah Dias, California Girl with Attitude, and Alex, her laid-back brother, have moved from exciting San Francisco to boring Snipesville, Georgia. Life doesn't improve when they meet Brandon, a dorky kid who is plotting his escape from the Deep South, and the weird Professor, who has a strange secret.
Suddenly, the kids are catapulted thousands of miles and almost seventy years to England during World War Two.
They fall into a world of stinging nettles, dragon ladies, bomb blasts, ugly underwear, stinky sandwiches, painful punishments, and non-absorbing toilet paper. They learn so much more than they could ever learn in a history class. Not that they want to learn it.
But they can't go home unless they find George Braithwaite, whoever he is, and whatever it is that he has to do with Snipesville.
For One ARC Tours 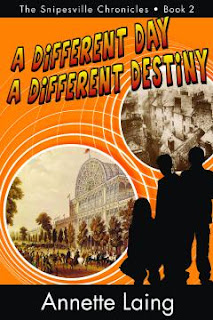 When you wake up in the year 1851 on a Scottish hillside...Or in an English coal mine...Or on a plantation in the Deep South, you know you re in for a bad day. Nothing for Hannah and Alex Dias has been normal since they moved from San Francisco to the little town of Snipesville, Georgia. Bad enough that they and their dorky new friend Brandon became reluctant time-travellers to World War Two England. Oh, sure, they made it home safely (just) but now things are about to get worse. Much worse. From the cotton fields of the Slave South to London's glittering Crystal Palace, the kids chase a lost piece of twenty-first century technology in the mid-nineteenth century. But finding it is only the beginning of what they must do to heal Time.


For One ARC Tours

I also got this awesome new Betseyville Sweetheart Satchel, which I adore!! 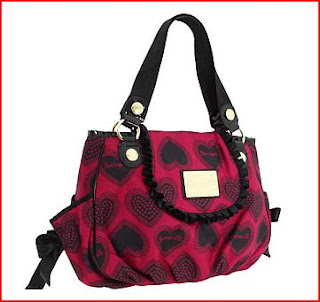