Michaela MacColl Blog Tour Stop for Prisoners in the Palace!!! 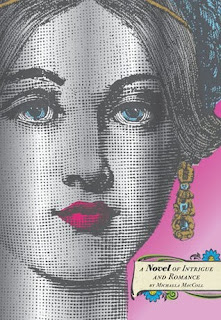 Toady I am honored to have Michaela MacColl stopping by to talk about Prisoners in the Palace, which I have to tell you, is one of the best historicals I've read in a very long time. So here's Michaela!!!

Carrie, thank you so much for the opportunity to do a guest post and talk with your readers!

I know you aren’t supposed to have favorite characters, but I do. It’s a shameful secret that we never talk about – shouldn’t we love them all equally? I tell my two daughters – who are as opposite as opposite can be – that love isn’t a zero sum game and that mom’s heart is big enough to love them both exactly the same… but it’s not true. On any given day you are fonder of one than the other. Happily, it quickly flips around and on average, I’m sure it evens out… But I do have a clear favorite character in Prisoners in the Palace.

I have a lot to choose from. There’s Princess Victoria -- she’s haughty and spoiled but she’s never had a chance to be a normal girl, and when pushed to the edge we see she has an enormous heart and extraordinary fortitude. Or my main character, Liza, the distressed gentlewoman fallen on hard times. She leaves a life of luxury to be a maid at dingy Kensington Palace. At first all she wants is to get her old life back, but she soon discovers that she is involved in problems that are greater than herself. And she rises to the occasion. Or what about the villian? Sir John is magnificently smarmy. A poser who can’t help but use people. He treats Victoria shamefully and expects her to reward him for it. It doesn’t get much more fun than that. And then there is Will, a scrappy, self-made newspaper man. He’s riding the wave of the future and wants to bring Liza with him. And I modeled him on Wesley in The Princess Bride with eyes like the sea… he has to be the favorite, right?

But the one I wouldn’t mind being stuck in an elevator with is Inside Boy Jones. He’s based on a real character who was a press sensation in the 1840’s. A street urchin who repeatedly broke into Buckingham Palace and wandered the halls of the royal family. Once they discovered him at the cradle of Victoria’s first daughter, Vicky. Once he disguised himself as a chimney sweep. He was tried for breaking and entering several times. Finally he was sent off to serve his sentence on a warship and jumped overboard at Tunis and perished. As you can imagine, the press loved this guy. Here’s the cover of a book just written about him: 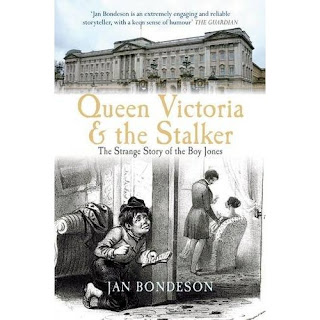 Now I pictured him more like the Artful Dodger from Oliver. 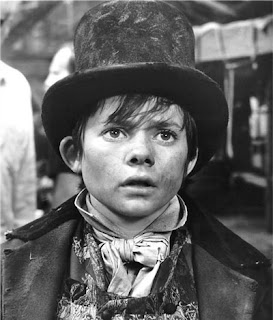 In Prisoners in the Palace, Inside Boy lives in the wall of the sitting room of the Duchess of Kent (Victoria’s mother). He’s a charming thief with a well-defined sense of morality. To his mind, the aristocracy fails to meet his high standards. He is Liza’s link to the outside world, bringing her news and serving as a courier between her and Will. When Liza needs a guide to the underbelly of London, Inside Boy is there. He teaches her thieve’s cant, or Flash Patter, explaining that the language was developed to keep the police from knowing what criminals are talking about. Liza finds it fascinating and ultimately very useful. I love this guy!

So pick up a copy of the book and let me know if Inside Boy is your favorite too? You can contact me through my website, www.michaelamaccoll.com.

And Thank You, Michaela for stopping by. I think your book is amazing and I can't wait to read more from you in the future. You should definitely check this one out guys. You can find it here.

If you'd like to try to win a copy, I have 1 copy to give away right here! Please just leave a comment below with your e-mail address.