In My Mailbox (28)--Better Late Than Never

I spent the day with my grandparents, so I totally forgot to post my IMM. Well, here it is.

In My Mailbox was created by Kristi, AKA The Story Siren.

Murder at the Lake by Bren Gaudet 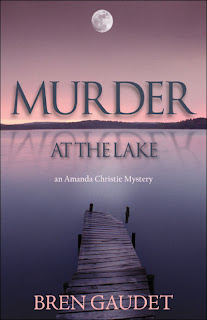 When 17-year-old Amanda Christie is invited to a cousins-only weekend retreat at her aunt's Austin, Texas, estate, she doesn't know what to expect. She soon finds though, that the weekend will be anything but boring. One of the guests is responsible for the death of Amanda's uncle and when a dangerous storm traps the teens inside the secluded mansion, Amanda becomes determined to uncover the killer. But when their cell phones go missing and guests begin to disappear, Amanda realizes that the killer isn't finished. With time running out and no way of knowing who to trust, she must either uncover the murderer or risk being the next victim.

A Golden Web by Barbara Quick 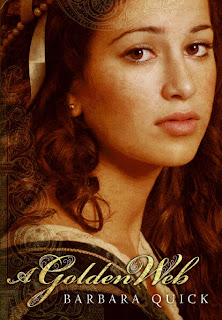 Alessandra is desperate to escape—from her stepmother, who’s locked her away for a year; from the cloister that awaits her if she refuses the marriage plans that have been made for her; from the expectations that limit her and every other girl in fourteenth-century Italy. There’s no tolerance in her village for her keen intelligence and her unconventional ideas. In defiant pursuit of her dreams, Alessandra undertakes an audacious quest, her bravery equaled only by the dangers she faces. Disguised and alone in a city of spies and scholars, Alessandra will find a love she could not foresee—and an enduring fame. In this exquisite imagining of the centuries-old story of Alessandra Giliani, the world’s first female anatomist, distinguished novelist Barbara Quick gives readers the drama, romance, and rich historical detail for which she is known as she shines a light on an unforgotten—and unforgettable—heroine. 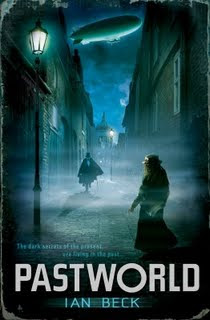 What if all of London were really an amusement park—a whole city returned to Victorian times to entertain visitors from the twenty-first century? That's the wildly original premise of Ian Beck's Pastworld, a high-stakes mystery set in a simulated past.

Eve is a lifelong resident of Pastworld who doesn’t know she’s living in a theme park until a mysterious threat forces her to leave home. Caleb is a visiting tourist who finds the lawlessness of the past thrilling—until he suddenly becomes a fugitive from an antiquated justice system. And in the midst of it all, in the thick London fog a dark and deadly figure prowls, claiming victim after victim. He’s the Fantom, a creature both of the past and of the present, in whose dark purpose Caleb and Eve will find their destinies combined.

Page-turning, complex, and haunting, Pastworld masterfully exposes the human experience of the past, of violence, of technology, and of entertainment. 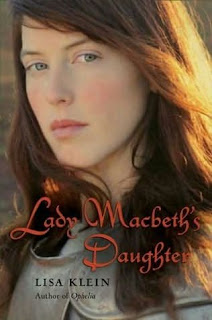 The daughter Macbeth might have had, if Shakespeare had thought to create her…

Albia has grown up with no knowledge of her mother of her father, the powerful Macbeth. Instead she knows the dark lure of the Wychelm Wood and the moors, where she’s been raised by three strange sisters. It’s only when the ambitious Macbeth seeks out the sisters to foretell his fate that Albia’s life becomes tangled with the man who leaves nothing but bloodshed in his wake. She even falls in love with Fleance, Macbeth’s rival for the throne. Yet when Albia learns that she has the second sight, she must decide whether to ignore the terrible future she foresees—or to change it. Will she be able to save the man she loves from her murderous father? And can she forgive her parents their wrongs, or must she destroy them to save Scotland from tyranny?

In her highly anticipated follow-up to Ophelia, Lisa Klein delivers a powerful reimagining of Shakespeare’s Macbeth, featuring a young woman so seamlessly drawn it seems impossible she was not part of the Bard’s original play.

The Waking: Dreams of the Dead by Thomas Randall 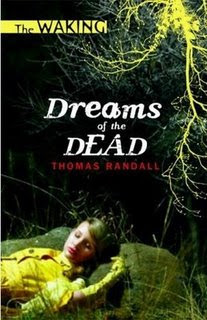 Kara’s afraid to go to sleep—until the nightmares come when she’s awake . . . .

Sixteen-year-old Kara Foster is an outsider in Japan, but is doing her best to fit at the private school where her father is teaching English for the year. Fortunately she’s befriended by Sakura, a fellow outsider struggling to make sense of her sister’s unsolved murder some months ago. No one seems to care about the beautiful girl who was so brutally murdered, and the other students go on as if nothing has happened. Unfortunately, the calm doesn’t last for long. Kara begins to have nightmares, and soon other students in the school turn up dead, viciously attacked by someone . . . or something. Is Sakura getting back at those she thinks are responsible for her sister’s death? Or has her dead sister come back to take revenge for herself?

This first book in a frightening new trilogy will have teens glued the page and scared to go to sleep.

Also, the AMAZING Suzanne Crowley, author of The Stolen One, which I loved and reviewed here, sent me two boxes of books which she donated to my school library. It's such an amazing gift and one that will not go unnoticed by the students and staff of my school. My district struggles constantly with budgets and student poverty, so it's wonderful to know that there are caring people out there who are willing to help.

Thank you Suzanne, so, so much!!